Hannah Perkin, a long standing community campaigner and leading Swale Borough Councillor has been elected by the Swale and Maidstone Liberal Democrats as Prospective Parliamentary Candidate for the Faversham and Mid Kent constituency at a packed meeting of local Liberal Democrats this weekend. 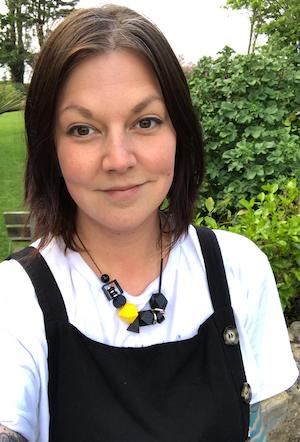 Hannah Perkin is a 34 year old mother of 2 children, married to Matt. She runs her own catering business and was elected in May 2019 to Swale Borough Council where she is deputy cabinet member for Health and Well-being

Hannah says “I am delighted and proud that local Liberal Democrats have put their trust in me and elected me, with a substantial majority,  to become their Parliamentary Candidate for the anticipated early general election. As a Liberal Democrat everyone knows that I will work to ensure we can stop Brexit.  We need Parliament to agree a proposal for Brexit and then hold a second referendum with the option to Remain on the ballot paper. Thousands of young people who could not vote in 2016 should be given the chance to decide and we all know much more now about the serious damage leaving the EU will do to the UK economy. A second referendum is absolutely essential.”

Hannah continued “The coming election is not just about Brexit. This Conservative government is not working for ordinary people. To make matters worse, in kicking out 21 moderate MPs their right wing has alienated many would be supporters. We are in the middle of a climate and biodiversity emergency, the NHS is in crisis, education of our young people is underfunded, crime is out of control, we are being saddled locally with substantial unaffordable housing development without the infrastructure to sustain our community. I am pledging right now to work positively for the whole local community on both local and national issues, to bring empathy, fairness and transparency into politics. “

The Liberal Democrats beat both Tories and Labour at the recent European Parliament elections. Hannah says “I believe it is time for change. Two party politics is broken and lets people down.  I believe the Liberal Democrats can rescue our local community in Faversham and Mid-Kent and work for fairness and equality nationally whenever the election comes.”