Spring is approaching and South Park is looking better than ever following years of attention by your South Ward councillor team. Councillors Paul Wilby, Brian Clark and Derek Mortimer have been busy comprehensively improving facilities in the park including: 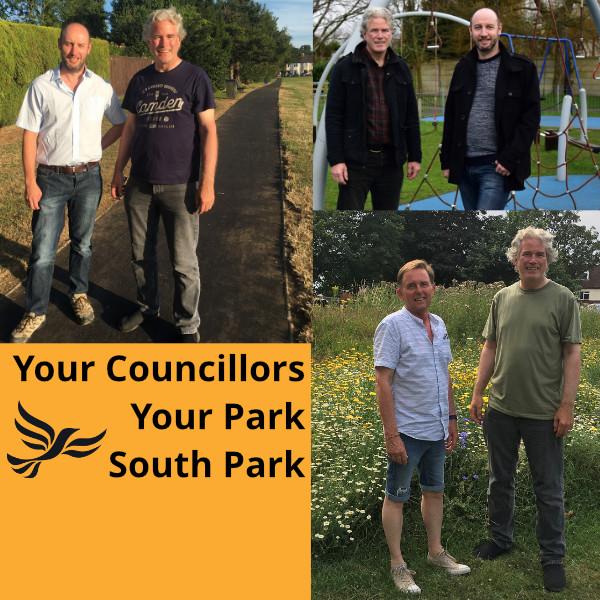 “My South Ward Lib Dem colleagues Cllrs Paul Wilby, Derek Mortimer and I have worked with the parks team on countless projects at the park. We have overseen resurfacing of the paths throughout, installation of new soft play surfacing and complete renovation of play equipment".

“We have also taken the opportunity to re-establish a historical row of cherry trees at the Northview boundary and planted hundreds of mixed native tree whips at the western boundary and a large wildflower meadow near Postley Road to increase biodiversity”.