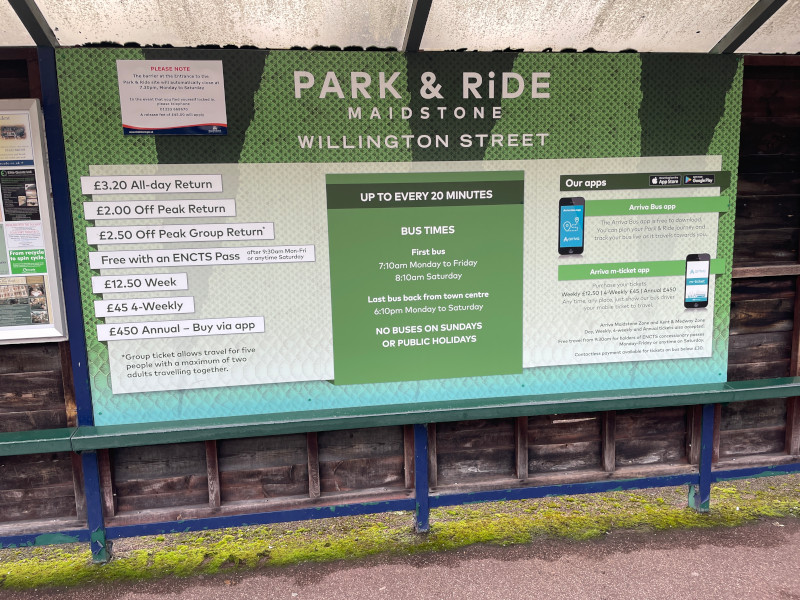 During discussion Cllr Mortimer submitted a petition signed by nearly 1,500 residents to support continuation the service. He explained that residents from all backgrounds had made contact, wishing to protect the service. Cllr Clark introduced the Call-In, reading extracts from a letter the KCC’s Director of Environment, Waste and Transport had submitted to MBC in 2018, stressing the importance of the Park and Ride services and how it was a key part in Maidstone’s current adopted local plan.

Cllr Robertson followed by describing the impact the loss of the service would bring to the towns residents especially the vulnerable and disabled who value the service. The call in was supported by Lib Dem committee members, but Conservatives successfully proposed endorsing the original decision to provide no additional support.

Following the meeting Cllr Derek Mortimer commented, “The Park and Ride service has been severely impacted by the pandemic like many services. The government has made pandemic grant funding available to impacted services but Maidstone Conservatives have refused to extend available support funding for Park and Ride”. He continued, “In discussion, some focused on the lack of passenger take up, but numbers have been increasing steadily, only dropping when the government introduced Plan B in early December. It's hardly rocket science to understand this drop, recorded across Christmas 2021, is directly linked to pandemic restrictions and the Christmas holidays”.

Cllr Brian Clark noted, “We had to try to reverse this decision given Park and Ride is a key part of the borough’s "Net Zero", air quality improvement and congestion reduction goals. It is concerning that the decision was taken in a secret meeting with no consultation with council members or the public and no undertaking of any equalities impact assessment to consider the impact on residents. Even the deputy leader conceded that even he had no idea about the plan until after the decision was made. Astonishing"

Highlighting contradictions Cllr Cynthia Robertson concluded, “On the day the Whitehall Conservatives agreed to a return to office working, this decision by Maidstone Conservatives, insisting that the world has changed and that there will not be a return to office working, could not be more confused and short sighted. Many of the MBC's lower paid employees use this service will now be forced to pay daily parking charges, while adding to town centre congestion. This is a a bad day for our borough”