Park and Ride challenge on the 19th, and the results are in

The decision by the new Conservative administration at Maidstone Council to allow the Park and Ride service to stop is being reviewed this Wednesday 19th January, with strong opposition to the closure from the Liberal Democrats and members of the other smaller groups. 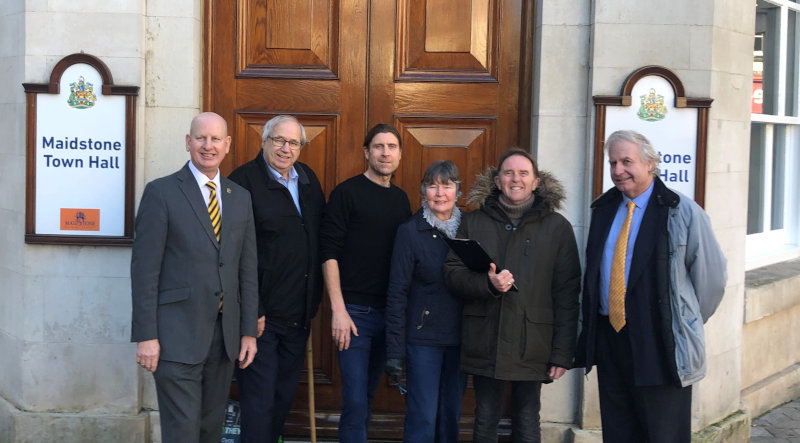 Liberal Democrat councillors Derek Mortimer, Brian Clark, Cynthia Robertson decided to “call-in” the decision which was held behind closed doors. The secretive nature of the decision wild speculation has appeared in public about the usage levels and the bridging costs requested to keep the service running after February until numbers return to normal.

What is clear is the public’s desire to keep the service. A petition, run by the Liberal Democrats, has resulted in 1,483 people calling on the service to be retained. However, it is the personal stories rather than just the number of signatories that have highlighted the need to retain the service.  Stories such as Trudi’s who may have to look for another job, or Rachel’s who states: “To lose this service would be more than an inconvenience it would prevent us coming into the town centre”, or Marie’s who faces waiting in the cold over multiple changes whilst on her way to the hospital.  Looking past the issues the cessation of the service will have for many Maidstone residents that use the service it was Chris from Allington that summed it up for everyone: “I find it hard to believe they are thinking of making changes that will create more traffic in Maidstone.”

“The decision to close Park and Ride if it happens should not  be based on the unusual situation faced by all Public transport operators over the period of the Pandemic, but should be based on what is in the long term good of Maidstone, with a full knowledge that we may be about to close down one of the few avenues that we have to reduce congestion, and that the controversial Maidstone local Plan review continues to cite as an important measure. If it does close that will be yet another missing piece in an already very shaky looking Local Plan.”

Cllr. Derek Mortimer had the following to say:

“This valued facility supports our town centre economy and keeps many cars off our main routes into and out of town. I am highly suspicious that the two sites in Allington and Willington Street are being lined up for even more housing developments. The decision based on Covid usage is premature and once closed we will never get it back again.”

The petition itself has been somewhat revealing by analysing the signatories. Of the 1,483 people signing the petition 2/3 (989) live in Maidstone Borough. The greatest number of signatories is as expected around where the park and ride run from with Allington leading the way, and Bearsted following, but all 26 Wards in the Borough are represented with people across Maidstone Borough recognising the value of this service.