On October 20th, the Liberal Democrats are demonstrating in London – marching for our future in the EU. 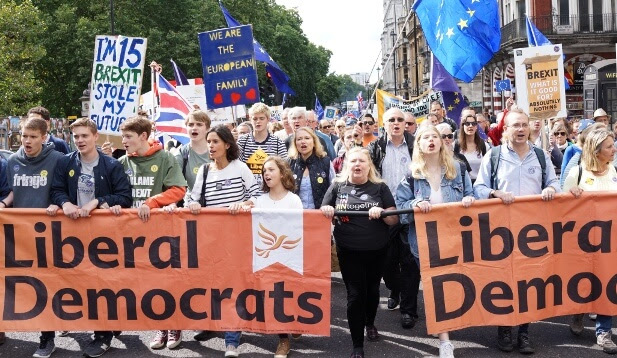 The Liberal Democrats are the only political party that backs a vote for the British public to have the final say on Theresa May’s Brexit deal – with an option to Remain in the EU.

In the last march in London a few months ago, over 100,000 people were there in protest, including a group from Maidstone Lib Dems. This time we expect that number to be even higher – and Vince Cable will be the keynote speaker.

So do join us and help make this march even bigger than the last one.

These events are enormous fun, and a chance to make our voices really heard on Brexit.

Be sure to RSVP to the national party here: libdems.org.uk/october-brexit-march  Do let me know ([email protected]) if you will be joining us on the train, at Charing Cross, or at Hyde Park Corner, and we will look out for you.

We look forward to see you then!