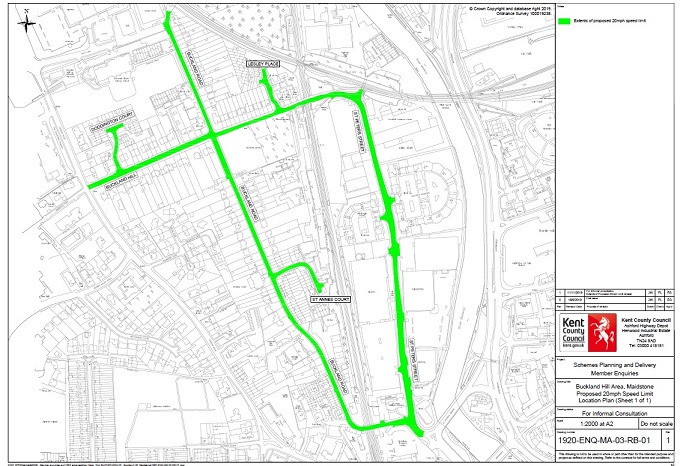 Many residents have expressed concerns about road safety in this area. These concerns are widespread but particularly relate to pedestrians, especially school children, crossing the road outside Maidstone Barracks Station and Buckland Hill at the junction with Buckland Road.  There have been a number of accidents in recent years. Fortunately, none of these have been serious up to now.

Several options for improving road safety in the area have been considered by Kent Highways. Unfortunately, none of them were viable up to now.  However, following a number of speed checks undertaken last autumn, Kent Highways now propose to implement a 20mph speed limit in all the adopted roads in the area. This will hopefully reduce the likelihood of accidents and, equally crucially, reduce the risk of serious injury.

Dan and Rob have agreed with Kent Highways to undertake an informal consultation in order to gauge the overall level of support for the proposals. The proposals will then require the establishment of a Traffic Regulation Order (TRO).

To learn more about the scheme and participate in the informal consultation, please click here.