Lib Dems call for Kent County Council to use at least half of new Government highways repair funds for dangerous pavements.

On Monday the Chancellor announced that he was providing £420m extra to councils for pothole and other urgent highways repairs. Kent can expect to receive about £10 million. Kent Liberal Democrat Group are calling for at least half of this extra money to be spent on long overdue pavement repairs.

The backlog for pavement repairs in Kent has hit £84 million, leaving more than a third of paths and pavements across the county in a poor and potentially dangerous condition. 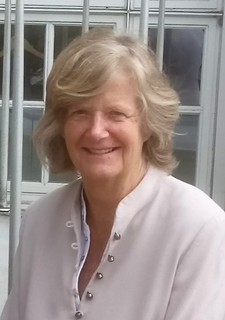 The shocking figures were revealed for the first time at a recent council meeting following a question from Liberal Democrat Cllr Trudy Dean to Mike Whiting, the Conservative Cabinet Member responsible for highways.

Cllr Whiting admitted the backlog has risen to £85 million, and that just to prevent the pavements getting even worse would cost about £5.5 million every year for the next ten years. The result of this neglect is that pavements are deteriorating, with a third of pavements now considered to be in a poor condition, up from 2015/16.

The news comes after it was announced in February this year that the bill to fix Kent's crumbling road network, including bridges, safety barriers and drainage systems, now stands at over £650m after years of neglect from the Conservative Administration.

This backlog could rise to more than £1 billion over the next ten years, with Kent roads, pavements and other vital highways assets admitted to be in "managed decline" under the Conservatives.

"Everyone is a pedestrian. Poorly maintained footways can pose a serious danger to those who are young, or who have mobility problems, and we hear of too many falls caused by dangerous pavements. Sometimes residents tell me they are too frightened to go out, particularly at night.

"This enormous £84m repair backlog for pavements is just part of the £650m bill we already face to fix the county's highways. The Chancellors extra funding for roads sounds generous, but it is not enough to cover even Kent's backlog alone. It's clear that our footways are no longer being treated as a priority by the Conservatives in government or in Kent.

"This cannot continue. The county council should use at least half of the extra windfall from the Chancellor to get the most dangerous pavements fixed as a matter of urgency."