Parents buying Young Person's Travel Passes still have no choice but to pay upfront, or in two large payments following further delays to a direct debit system proposed back in February. 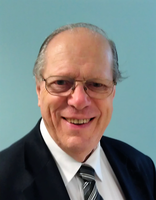 Liberal Democrat Cllr Dan Daley has called for clarification over when the scheme to allow parents to pay the £290 cost in monthly instalments would be introduced, but Mike Whiting, the Conservative Cabinet Member, has given no firm timescale.

Cllr Whiting said the plan to introduce monthly charging was "under review", citing administrative costs to the council as one potential hurdle.

"The ongoing delays to the direct debit system for Young Persons Travel Pass payments are simply not good enough. For many families £290 is a lot to pay in one lump sum, and splitting it in half £145 is not much help, especially if they have two school-age children to pay for.

"If the Council can do it with other payments, it stands to reason they can do it here. We will keep up the pressure on the Conservative Administration until monthly payments become a reality.