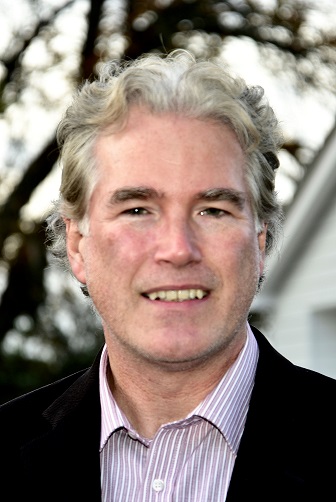 Brian is a South Maidstone native and attended Oldborough Manor and Maidstone Grammar School. After gaining a masters in electronics Brian worked in London and California, holding senior management positions in technology. Brian returned with his wife in 2003 and served for many years as the postmaster at Loose Post Office. He initially served his community as a committee member of the North Loose Residents Association, and from 2013 as an elected as Kent County Councillor for Maidstone South Division, a position he held until 2017. He also served as an MBC councillor for South Ward since 2015.

For many years Brian worked with the NLRA and Tovil Parish Council, local groups and residents in Shepway on countless highways and planning issues. He has achieved many successes including the defeat of several controversial housing developments, a 30mph speed limit reduction in Dean Street and a 20mph scheme along Cumberland Avenue. He has been involved in many highways schemes including rural weigh limits into Loose Valley, lining works and bollards for safety near Parkway School, a large tree planting scheme along the Sutton Road and additional bus shelters. I have also worked on the implementation of junction improvements initiatives along the A229 and A274 corridors.

In Shepway, Brian campaigned to saving the Dorothy Lucy Centre for dementia daycare and respite services and although KCC continued with their decision to close the centre, the campaign to lead to an extension for the respite care for a further 6 months and daycare services to continue for a year beyond planned closure.

Brian is a trustee of Hayle Park Nature reserve and has worked to expand the boundaries of the reserve, recently gaining the 30-acre former landfill site from MBC. Brian and his fellow ward councillors joined with children of Oaks Academy to plant hundreds of trees in Mangravet Recreation Field and successfully proposed protection for large swathes of the Loose Valley extending into the south and east of our area, including a bid for Area of Outstanding Natural Beauty protection for the Greensand Ridge.

Most recently, during the Covid-19 pandemic, Brian worked with local residents and fellow ward councillors, to set up volunteer support groups on both sides of my council ward to help to arrange and deliver prescriptions and food to our most vulnerable shielding residents. For this, we ran a daily rota throughout the initial lockdown, and he is continuing this work as part of Maidstone Borough’s Covid Recovery Board.