The scheme would reduce the speed limit to 20mph in the vicinity of Greenfields Community Primary School and Cumberland Green. 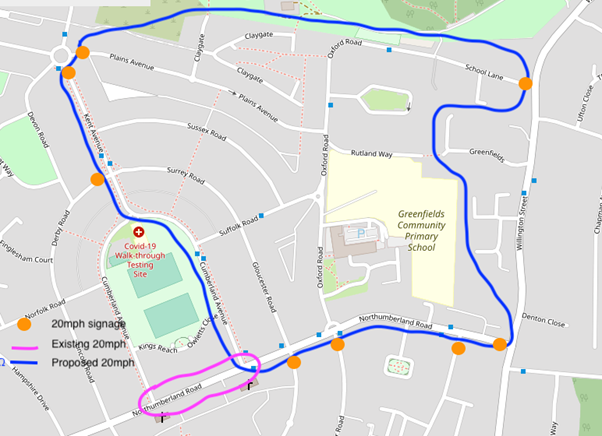 Concerns have been expressed about the speed of traffic and the safety of pedestrians, especially children, on approach to Greenfields school, around Cumberland Green and in the surrounding roads.

Brian and Joe will collate the responses to this informal consultation. If there is sufficient support for the speed reduction, they will submit the evidence to Kent Highways with a view to progressing this proposal.